How the Rock Physics 4D application helps industry players drive quantifiable benefits out of their 4D operations easily and efficiently.

How the Rock Physics 4D application helps industry players drive quantifiable benefits out of their 4D operations easily and efficiently.

A large energy company with operations on every continent had developed a series of specialized in-house software modules and methods to support their 4D operations. Over time, these applications grew larger and larger and became more and more challenging to manage. To ensure efficient maintenance and development of their technology in the future, they had to rely on outside services.

The task was assigned to Cegal.

The Difficulties of 4D Seismic

4D seismic is a simple concept but a delicate operation. By repeating 3D seismic surveys over the same geographical location, under as identical conditions as possible, 4D seismic technology aims to provide the user with an understanding of how the characteristics of the reservoir have changed during its lifetime.

One of the main challenges with 4D seismic is the integration and correlation of seismic data acquired at different times. One thing is capturing 4D seismic, but the tricky part is to merge it into multi-disciplinary, geophysical engineering when you build numerical models. This requires an alignment of seismic information, well data, rock physics models, and so forth.

To perform this integration and quantify the results, the client had developed a range of proprietary software applications and plug-ins on Petrel* on their own. Initially, the applications worked well, but over time, they grew larger and larger as they had to update the plug-ins every time a new version of Petrel was released. Eventually, the application became too large and too difficult to use.

The solution was Cegal’s Blueback Rock Physics tool, a streamlined solution for rock physics with plug-ins for Petrel – with added 4D capabilities.

Initially, Blueback Rock Physics had no 4D capabilities. To develop these capabilities, we worked closely with the client over an extended period and implemented their proprietary algorithms and methods. The end result was the Rock Physics 4D application.

4D seismic technology aims to identify changes in the elastic properties of the reservoir as they are affected by lithology, fluid content, and changes in pore pressures. When you have extracted oil, the elastic parameters of the rock changes – the porosity changes, and the velocity is different. These changes are quantifiable, and this quantification is the essence of the Rock Physics 4D application.

The starting point for the Rock Physics 4D application is a static geological model with 3D information, describing structures and lithology within the reservoir. Then, after performing repeated 3D seismic surveys, the application provides 3D cubes in time for the user.

The main game, then, is to integrate these cubes with the geological model and the simulation model and validate the simulation model with the time changes in seismic. The Rock Physics 4D application produce a reservoir model of bricks, with each brick containing numerical properties. Seismic traces are reconstructed from the rock physics parameters by computing synthetic seismic volumes. These volumes can then be compared with the current volume. We feed the model with well data, and the model produces results based on numerical equations that describe the movement of fluids.

As 4D seismic increases the ability to observe subsurface changes throughout the lifetime of a reservoir, it has become a valuable tool for reservoir management and Enhanced Oil Recovery (EOR) initiatives in existing reserves. The Rock Physics 4D application helps industry players drive quantifiable benefits out of their 4D operations easily and efficiently.

*Petrel is a mark of Schlumberger. 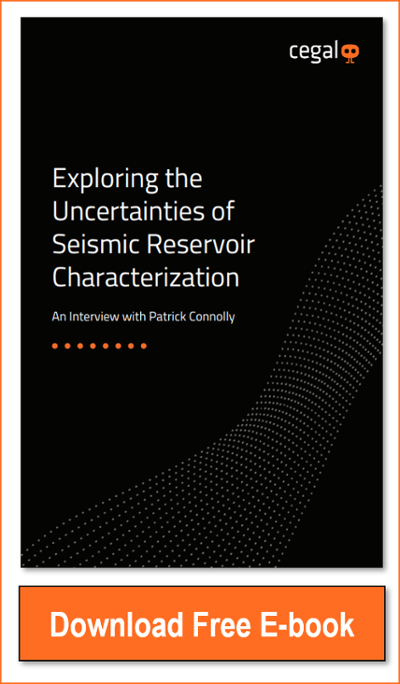