Process automation helps geoscientists get more done at a faster speed. This article tells you how.

Process automation helps geoscientists get more done at a faster speed. This article tells you how.

Automating geoscience processes enables E&P companies to improve their operations and reduce their costs and allows geoscientists to focus on value-adding projects rather than spending time on repetitive tasks.

A Short Introduction to Process Automation

Process automation is an overarching technology term, referring to the automation of processes through the use of computers and computer software. In other words, it is the use of digital technology to execute a task, a workflow, or a function to automate parts of or entire business processes.

RPA is an emerging field within BPA that relies on so-called “digital employees” or robots that perform tedious, repetitive, and rules-based tasks. RPA is suitable for pre-defined processes where process instructions are clearly laid out.

While RPA is a form of simple automation, IA takes a more advanced approach to automation. As such, IA is often referred to as smart automation. IA incorporates Artificial Intelligence (AI) and Machine Learning (ML) capabilities to automate complex processes with more non-routine tasks. IA, then, requires thoughtful consideration.

The technology-enabled automation of business processes, or BPA, is increasingly gaining a foothold within the oil and gas industry due to its cost reduction and efficiency opportunities. A report from the global quality assurance and risk management company DNV GL, for instance, suggests that automation will be one of the key drivers of oil and gas technology development in the coming years. Furthermore, Rystad Energy estimates that as much as $100 billion can be eliminated from E&P upstream budgets through automation and digitalization initiatives in the 2020s.

BPA promises to make oil and gas organizations more agile and more efficient. E&P companies, specifically, can leverage BPA to improve their operations, reduce their costs, and increase their overall service quality as more and more processes will become standardized. Geoscientists, in particular, will benefit from the ability to eliminate tedious, repetitive, and, perhaps, “boring” tasks.

Several processes within the E&P industry can be automated. The resource extraction industries can apply technologies to as much as automate 63 percent of their processes. To create a repository of processes to be automated and to get started with technology-enabled automation of business processes, the following steps can be helpful:

BPA is a major topic, but with the correct strategy, techniques, and tools, organizations can increase their service quality while simultaneously removing tedious and repetitive tasks for high-value employees, such as geoscientists. If you need some expert help with your BPA initiative, don’t be afraid to ask.

Alexander Tharaldsen has for nearly 15 years designed and implemented Enterprise IT solutions for the oil and gas industry, working as a Solutions Architect for HP Enterprise Services and for Cegal. Alexander holds certificates of excellence from major technology vendors like Amazon, Citrix, Microsoft and VMware. Over the last few years he has held the role as Product Manager for GeoCloud, Cegal’s E&P cloud solution for oil and gas, where he focuses on developing products that are valuable, innovative and successful for the oil and gas industry. 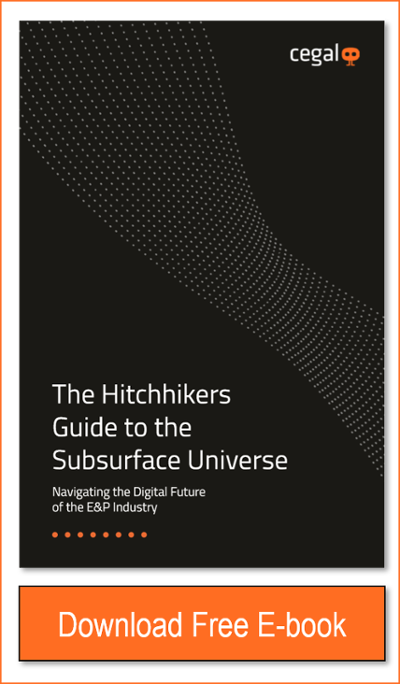